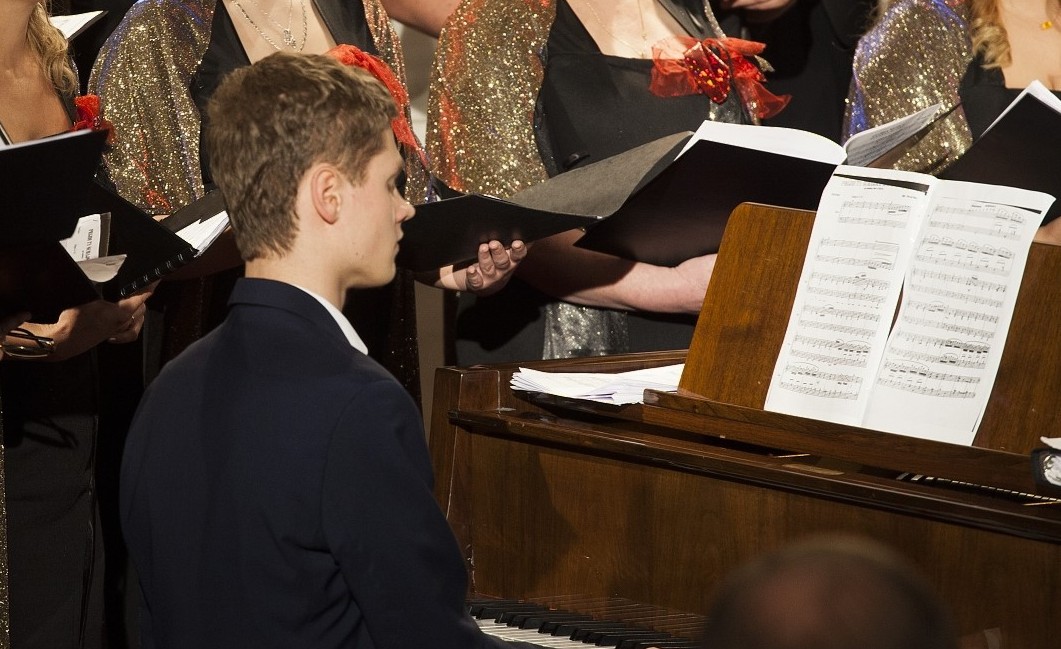 from the age of six, he studied under the guidance of Mgr. Zuzana Valentová at the Tutti Music art school in Třinec. In 2014 Pavel started his studies at “Janacek Academy” in Ostrava. He was taught by MgA. Hana Kundrátová, under whose guidance he studied up until 2020. During his studies, he participated in many competitions, such as the “Novák International Piano Competition” or the national “Youth and Bohuslav Martinů”. He also performed at multiple concerts with Prague Conservatory as an exchange student (2015, 2017, 2019). Pavel also accompanied “Štývar’s children choir” under the direction of Alena Kostková, with whom he also performed at “Chernomorski zvutski” festival in Bulgaria. He’s now one of the Choir Society Martinů’s accompanists. In 2019, under the direction of Michal Zátopek, he received an award for the best piano accompaniment at the festival “Singing World” in St. Petersburg. Between the years 2018 and 2020 he taught at the "Primary Art School” in Třinec and is currently studying composition at the “Music art Academy” in Prague.