The Choir Society Martinů (The Choir) was founded in 1955. Over more than sixty years of its existence, it has successfully represented the town of Třinec at events in the whole area as well as in many other European countries.

The Choir’s repertoire encompasses pieces by the Old masters from the Renaissance and Baroque periods, Classicism and Romanticism, to the works of contemporary composers. Noteworthy is also the genre variety of the repertoire. The choir has sung a wide range of sacral pieces to modifications of folk songs and Christmas carols (see Repertoire).

The PSM is closely bound with a major regional musical figure – Mr. Václav Štývar, who was its conductor from 1957 to 2000. Mrs. Daniela Slawińska was the Choir’s conductress from 2001 to 2005. The current conductor is Michal Zátopek, who has successfully directed the Choir since 2005.

Nowadays, The Choir Society Martinu performs choral art at traditional concerts in the Moravian-Silesian region and in other interesting events, such as a festival "Celý Třinec zpívá" (annually organized in the Choir's hometown Třinec). In April 2017, the Choir performed at the festival "We are singing Adriatic", which took place in Croatia and Slovenia. Another interesting event was a performance of Mozart's Requiem with The Symphonic Orchestra and two other choirs in Frýdek-Místek in November 2017. In 2019, the choir participated at “The Singing World” festival in St. Petersburg, Russia, where it was awarded 3rd place in Folk Music and Mixed choir categories. The choir pianist Pavel Duda was also honored with an award for the best piano accompaniment.

Nowadays, the Choir has 40 members and is always open to new applicants. If you love music and singing, don’t hesitate to come and say hi. We practice every Monday between 5:30 and 8 PM in “Dům dětí a mládeže” Třinec.

The Choir Society Martinůis a proud member of The Union of Czech Choirs. 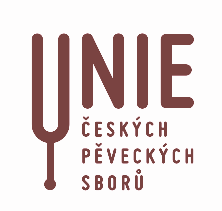